WHAT IS WRONG WITH BEING FEMALE ???

I thought the worst that could happen to the female gender in Nigeria had already happened. After all, women were being raped everyday without anything being done about it, the excuse is that ladies dress provocatively and so they asked for it. Little girls are molested everyday with the pedophiles going scott free, the family members are usually too "ashamed" to talk about it because it is a "taboo" so everyone pretends its normal and we go about our daily hustle. The issue of domestic violence is not considered an issue at all even though some women have been beaten to death, it is considered normal afterall the husband is the head of the family so if the wife misbehaves, she should be disciplined. Some women are made to sleep with the dead bodies of their husband, drink the water that was used to bathe the dead body and even chased out of their homes ( especially if dem no born boy) because they have the "misfortune" of out-living their husbands. Some tribes even use their wives to entertain their guests, she is kuku "our wife" ( hopefully, this has stopped). Women are judged by how many "sons" you can give birth to, infact, it has become the norm for us that even in this age where we claim to be enlightened, when a woman gives birth to a girl or two girls, it is in our sub-conscious that she is returning to the labour room one more time, she never born pikin if she no born boy..(mama na boy). In a country where about 50,000 teenage girls die yearly due to early pregnancy, where each day about 144 women die during childbirth, where hundreds of women and young girls are trafficked into forcible prostitution yearly, where the highest number of people living with HIV-AIDS are women, I definitely thought it couldn't be more worse than it is already. 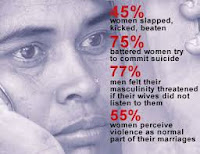 I was wrong, seriously wrong because instead of our law makers to make laws that guarantees that anyone who molest any woman be it sexually or physically will be jailed for life, instead of them to make laws that protects the widow from the greedy in-laws, instead of them to make laws to jail any parent who does not send their female children to school having a minimum of secondary school leaving certificate, instead of them to make laws that puts pedophiles away for life (better still, castrate them) and also warn every parent about them by putting their faces in newspapers and televisions; our lawmakers are planning to make Child Marriage the LAW. According to Dimeji Daniels, child marriage is when a shameless old man is shamelessly having sex with a helpless little girl, without regard to her wellbeing, safety, success, emotional make-up, education and survival. I am beginning to question if it is a crime to be born female in this great country of ours because if in this age and time when developed countries have so empowered their women through their laws, we are still fighting to make it legal to marry off our girls at whatever age because "any female that is married in Nigeria is of full age", then I think it is understandable if I am asking this question. 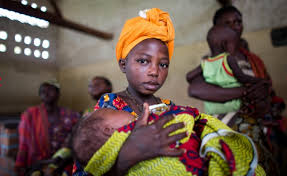 I am a little comforted that Nigerians for once are seen fighting against something, I only hope that even as we fight against child marriage, we will also fight against domestic violence, speak against sexual harassment and also fight for the rights of the widows. I have since realized that we most times hear or read these things and we pity the victims for about 2 minutes, then we forget because in our sub- conscious, we are thinking it cannot happen to me or my loved ones.  Sorry to burst your bubbles dear, these issues are nearer to us than we think, so lets us all get up and do what we can do in our own little way to create a better life for this generation of women and the ones coming.

As we are rounding up this year, I have decided to count my blessings and look back on all the wonderful things God has done for me in 2013. I know it is easier to dwell on the things He has not done, the goals that were not achieved and the many things I trusted God to do this year that has not being done but then again, I remember that "only great fools are not grateful". I also remember that only the living can dream, can complain, can cry, can have goals and since am still alive, God deserves my gratitude. So without much ado, Let me start counting the blessings I have enjoyed so far in 2013 especially the ones money can't buy : 1. Life - I can't thank God enough for being alive, I try as much as possible not to take it for granted that I AM ALIVE. Many people have died this year and my being alive is not because I am more righteous or more prayerful, its simply by the mercy and grace of God. 2. God - I am super grateful for my relationship wit
Read more